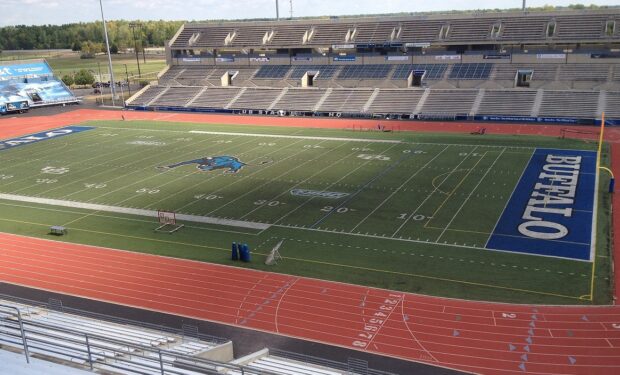 Head collegiate football coach Chuck Martin of the Miami RedHawks is being praised for turning the team “from doormat to dominant force.” Lat year the RedHawks resurrected their glory days claiming their first MAC title since in 2010.

For their second 2020 season game, they face the Buffalo Bulls and head coach Lance Leipold at UB Stadium. Leipold has a distinguished record, too.

Congratulations to head coach Lance Leipold on being named the @MACSports Coach of the Year! pic.twitter.com/dYGS4QU4xu

Leipold, the former collegiate quarterback (Wisconsin-Whitewater), launched his coaching career in 1987 at his alma mater. During his tenure at UWW, the Wisconsin-Whitewater Warhawks won the NCAA Division III Football Championship six times – in 2007, 2009, 2010, 2011, 2013, and 2014.

In 2014, Leipold reached 100 victories faster than any coach in the NCAA history, which broke Gil Dobie’s record (108 games) set in 1921. While head coach at the University of Washington in Seattle, Dobie lead the team on a 40-game winning streak. His record as head coach at Washington was 58-0-3.