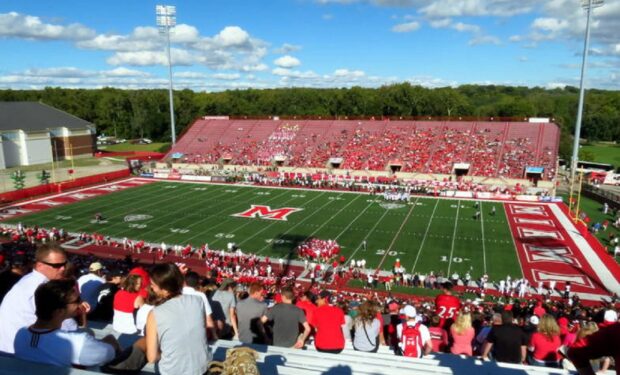 The Miami RedHawks football team faces the Buffalo Bulls at UB Stadium on Tuesday, November 10. Hours before the big primetime game, Miami Football released the hype video below. The narrator says: “A season ago the Miami RedHawks resurrected their glory days claiming their first MAC title since in 2010.”

In the video, Miami head coach Chuck Martin is heard in the locker room telling his team: “I want to mentally and physically want this team to have success. We have no idea what our best is.”

As stated in the video, Coach Martin turned around Miami “from doormat to dominant force.” In 2013, Martin (former Notre Dame offensive coordinator) took over the team that had just gone 0-12.

Miami vs Buffalo airs Tuesday, November 10 at 8 pm on ESPN.