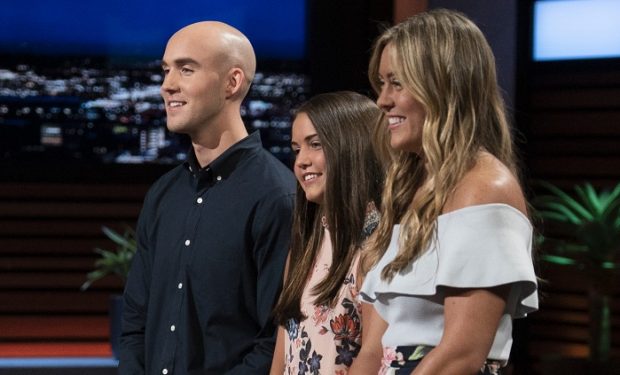 Cup Board Pro is a bamboo cutting board with a built-in (and detachable) cup at the end of the board to catch remnants. The product was the invention of late NYFD firefighter Keith Young, who passed away from 9/11 related cancer in 2018. On Season 10 of Shark Tank, Young’s children – Christian, Keira and Kaley Young – pitched Cup Board Pro. (Note: The siblings also lost their mother to cancer in 2012.)

It was an emotional pitch, one that Shark Daymond John said was “the most emotional pitch I have ever been through” on the show. [Related: 27 Favorite ‘Shark Tank’ Products at Amazon]

The Youngs went into the Tank to fulfill their father’s wish to pitch the product on Shark Tank, and to seek a $100,000 investment in exchange for ten percent equity.

They received a group offer – from all five Sharks (Mark Cuban, Daymond John, Kevin O’Leary, Lori Greiner, and guest Shark Matt Higgins) — $100k ($20k each) for 20 percent with the contingency that all profits the Sharks make go to charities to help first responders who became sick after September 11, 2001.

Since the Cup Board Pro/Shark Tank episode originally aired in 2018, the Youngs landed a licensing deal with Williams-Sonoma and Epicurean.

At the end of 2019, Kaley (the older daughter) reported that Christian was graduating college in 2020, and 16-year-old Keira was on the Varsity Cheer team and getting ready to take the SAT. Kaley graduated from FIT with an Interior Design degree and is excited to “create beautiful homes with kitchens that perfectly fit a Cup Board Pro!”