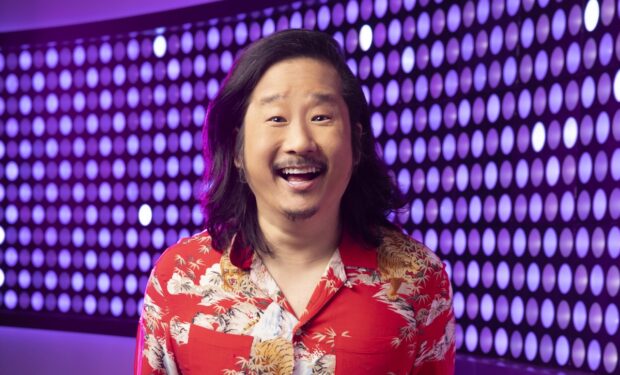 Comedian Bobby Lee reunites with his former MadTV co-star Keegan-Michael Key on the new game show Game On! Bobby (who is 5’5”) faces hilarious physical challenges as a member of Team Gronk — as in 6’6” NFL Super Bowl champion Rob Gronkowski.

When not on TV or stage, Bobby Lee spends time with his gorgeous girlfriend Khalyla Kuhn who looks amazing in a bikini as seen in the photos above and below. Together they co-host the podcast Tiger Belly.