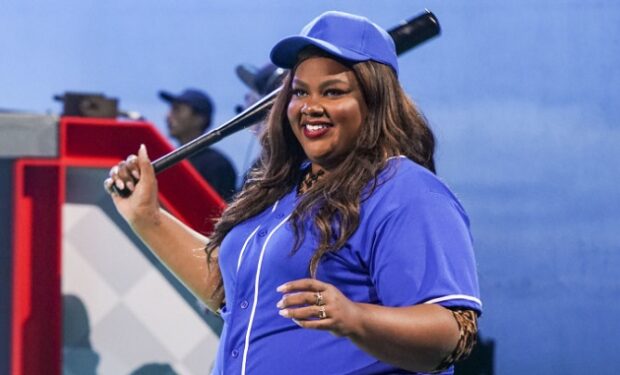 On the fourth episode of Game On!, host Keegan-Michael Key welcomes two new celebrity guests to the hilarious game show.

When not on TV or stage, the marvelous Nicole Byer has been spending time by the pool and flaunting her curves in cute bikini pics as seen above and below.

The full title is #VERYFAT #VERYBRAVE: The Fat Girl’s Guide to Being #Brave and Not a Dejected, Melancholy, Down-in-the-Dumps Weeping Fat Girl in a Bikini.

Game On! airs Wednesdays at 8 pm on CBS! [Stream every CBS show through CBS ALL-ACCESS with a free trial.]