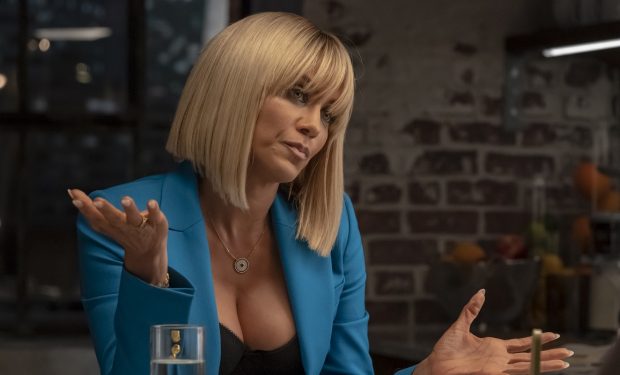 In the Empire episode “Over Everything,” while Hakeem and Maya’s unlikely partnership proves to be beneficial, Lucious (Terrance Howard) and Cookie (Taraji P. Henson) team up to get Empire and Bossy in good standing. You know Giselle (Nicole Ari Parker) is going to have something to say about that!

When not filming Empire, Nicole Ari Parker spends time with her family including her gorgeous husband, actor Boris Kodjoe (Station 19), who presumably shot the “quarantine Easter cooking” video above.

Unlike most Americans who are spending their quarantine time at home in sweatpants, Nicole wore a stunning polka-dot dress with thigh-high slits and left the top unbuttoned. As one fan wrote: “Taking mac & cheese out the oven has never been sexier.”

Empire airs Tuesdays at 9 pm on FOX, right after The Resident at 8 pm. [Watch on Your Phone: FOX NOW: Live & On Demand app here. FREE Download.]