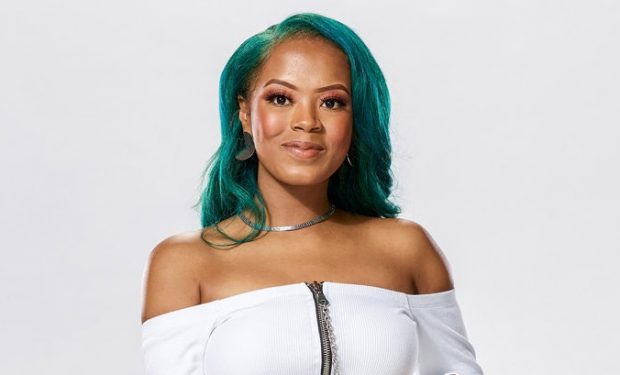 Everyone loved the song selection (Michaels has mentored on The Voice before) but only Kelly and Nick turned their chairs.

Tayler’s in the long white hair and light blue string bikini pics below (on the far left):

Sometimes she even sings in a bikini!