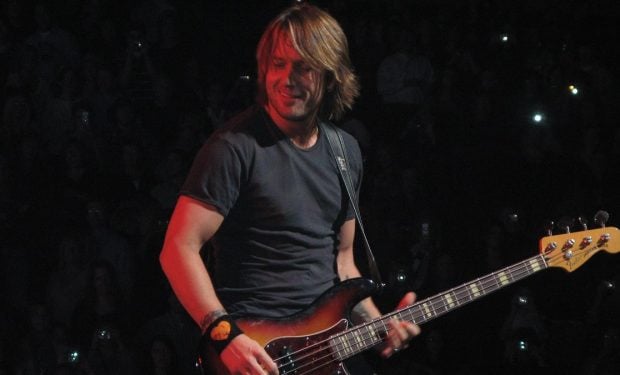 Country star Keith Urban went to see the Jonas Brothers Happiness Begins Tour at the Bridgestone Arena in Nashville, Tennessee (20,000 capacity) and posed with Joe Jonas backstage. The photo of the two heartthrobs is causing quite the sensation on Instagram. One fan wrote: “The best thing on the Internet.” And that fan was hardly alone in thinking exactly that.

Urban said it was “an insanely great show last night” and told his millions of fans “you GOT to go see this tour- the energy in the arena was like Cape Canaveral –  the whole band was on 🔥!!!!!!!! Joe and Nick splitting verses on Jealous and Cake By The Ocean– sooooo good !!!!!!”