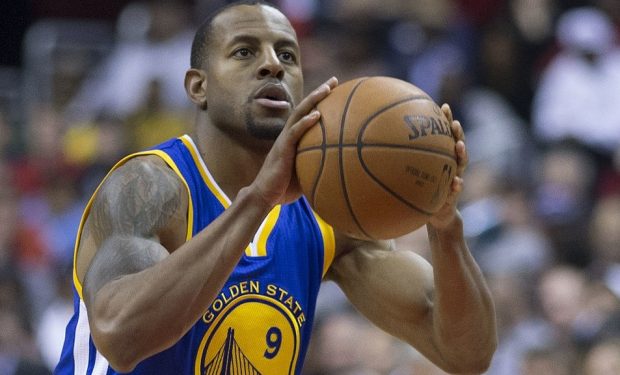 Golden State Warriors forward and 2015 NBA Finals MVP Andre Iguodala has a new book out, and Iguodala is not fooling around. A poignant example of just how truthful Iguodala is in his account comes early in the introduction, when he enumerates all the things — the little details — that contribute to a successful NBA career, that most unlikely of things.

[The Sixth Man: A Memoir by Andre Iguodala]

Iguodala cites the fate of one-time high school superstar Rashad McCants as one of the top 5 basketball players he has ever seen. “And yet, he played only three years in the [NBA],” Iguodala reports, wondering “how is that possible?”

In answering his own question, Iguodala notes that “being the best was not a guarantee of a career.” Instead a career was made of “small, boring things.” Iguodala’s list includes:

Iguodala continues, revealing that a career is “broken fingers and trade rumors and coaches you can’t quite trust.” That’s bad enough, the deceitful coaches, but then there is a brutally honest description that follows, which combines basketball and systemic societal racism in a terrible mashup that needs also to be endured.

Iguodala writes that the career player must also deal with “the occasional referee who reminds you a little too much of the police officers that stalked your neighborhood when you were a kid, glowering at you and your friends as though you were dangerous animals escaped from captivity rather than children — a look that give you a cold chill, a fight-or-flight response that will lie dormant and coiled and always ready to spring at the base of your spine for the rest of your life.”

And even with this Iguodala rose and delivers the thoughtful story of his rise in The Sixth Man. There are many great players with tremendous voices plying their trade in the NBA right now — Iguodala is second to none. Have a look at this book.