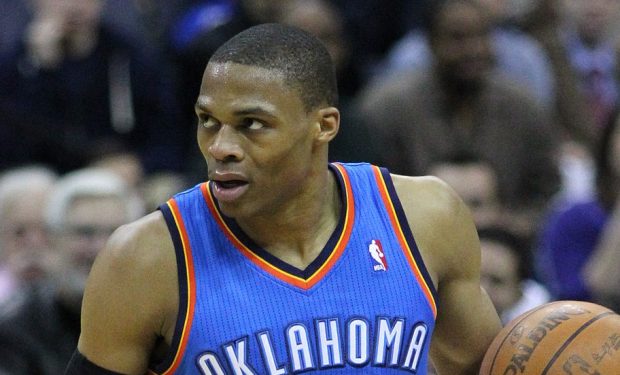 NBA superstar Russell Westbrook‘s younger brother Ray wanted to be a football player when he grew up, but when asked why he didn’t do it, Ray shrugs contentedly and says “I went to school and got my Masters.” And he’s putting that degree —  a masters degree in communications from the University of Oklahoma to good use, too, especially in his work with his brother Russell’s WhyNot Foundation. The two Westbrook brothers are extremely close and they don’t disagree about much. But every once in a while…

Russell, the NBA MVP brother in the Westbrook duo, is known as a fashion icon as any NBA watcher knows. Check out below how the Westbrook brothers know plenty about each other given their deep history and brotherly love, but how Ray says that Russ’s leopard pants should stay in the closet. Russ fires back that Ray don’t know! Russ says everything in his closet is “fire!”

Love my brother @whynotraywest but you wrong about the leopard pants. thanks #MTNDEWICE Courtside Studios @MountainDew #whynot pic.twitter.com/DiR5OKpVS5