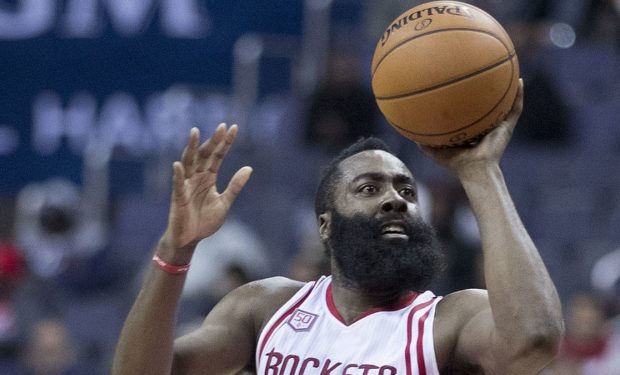 Dwyane Wade isn’t going out quietly in his NBA retirement tour. The 3x NBA champion and surefire Hall of Fame first-ballot star hit a game winner just the other night — to let people know he can still go, even if his new life is lived mostly “below the rim.” But Wade, who is being saluted and honored in every arena he visits, is also being treated to some special things as a spectator.

In fact, this year every NBA fan is privy to something special as Houston’s James Harden is electrifying the league and devastating the record books. Harden routinely puts 30 points (he averages 36.6) and double digit assists, leading an oft-injured Rockets team to unlikely prominence in the difficult Western Conference. But to honor Wade — and because the Rockets depend on it — Harden brought a something even more special to Miami this week. The 2018 NBA MVP Harden scored 58 points and dished ten assists as the Rockets slipped by Wade’s Heat 121-118.

In other words, the Rockets needed every bucket from Harden. Wade’s take on Harden’s performance? “He’s definitely one of the most unguardable players this game has ever seen,” Wade said. Coming from Dwyane Wade, there is hardly a higher compliment to be had. Below is Brian T. Smith’s Tweet quoting Wade on Harden:

Wade on Harden: “He’s definitely one of the most unguardable players this game has ever seen.” #Rockets