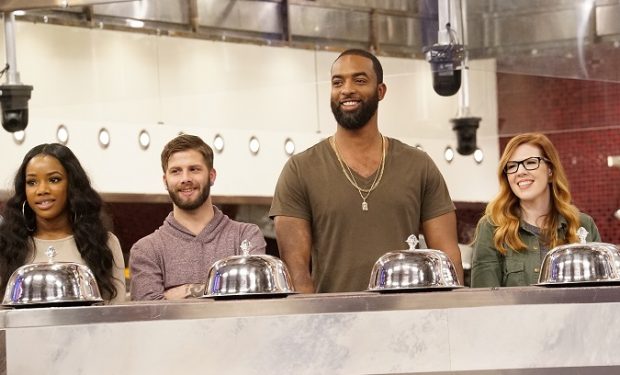 The rookies (Red Team) includes Chris Mendonca from Boston; Chris Motto from Baton Rouge; Gizzy Barton from Atlanta; Jose DeJesus from the Bronx; Kanae Houston from LA; Mia Castro from Miami Beach; Scotley Innis from Atlanta; and Scott Popovic from Cleveland. Note: Winner of Season 17 was Michelle Tribbe from Dallas, Texas. Ramsay describes the rookies as younger, “feisty and determined” and the veterans as “sophisticated.” Hell’s Kitchen airs Fridays at 9pm on FOX, right after the new sitcom The Cool Kids.