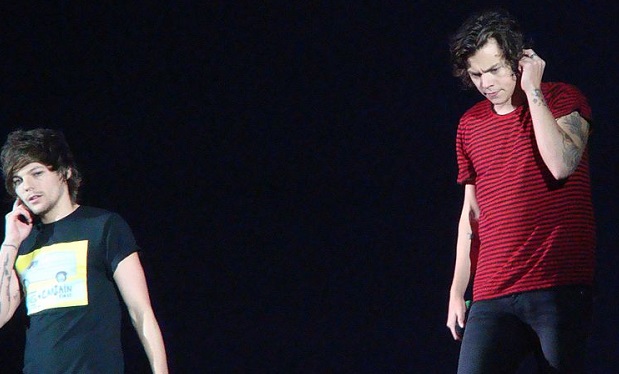 In the obligatory celeb name mashup style (see: Brangelina), the forbidden (and merely alleged) love between One Direction stars Louis Tomlinson and Harry Styles is known on the Internet as “Larry Stylinson.” It’s a conspiracy theory of sorts, though not a mean or (dangerously) crazy one, and a subset of the Internet Fangirl/Fanboy contingent has embraced it — seeing secret signs of the unspoken love between Styles and Tomlinson everywhere from lyrics to tattoos.

[Grace and the Fever at Amazon]

Now a new novel, Grace and Fever by Zan Romanoff, uses a Larry Stylinson-style trope as a vehicle to explore Fangirl culture — right down to using Tumblr as its fictional environment. Well, Tumblr and a California suburb — but then again we all live in two worlds at once now, digital and terrestrial, so a good novel needs to take us to both. And Grace and Fever is a good novel according to most reviews. Kirkus called it “a fangirl fantasy in which everything crashes and burns and the heroine emerges stronger.” Grace and Fever is about fandom and friendship — and even manages to make a distinction between the two. In other words it’s about the way we live now.