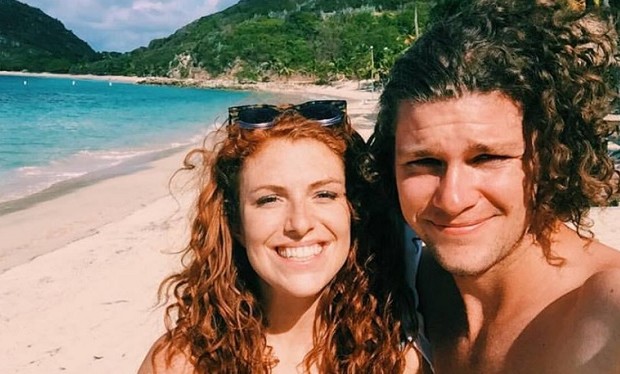 On the season premiere of Little People, Big World, newlyweds Zach and Tori visit Jeremy and Audrey’s new home in Bend, Oregon. Jeremy and Audrey have been busy launching Beating 50 Percent, an online platform for married people who want to beat the average, and give “more than 50% to their spouses.” Separately, Jeremy and Audrey write articles including “How Opposite Sex Relationships Will Ruin Your Marriage” and “Married Couples Shouldn’t Have Separate Bank Accounts.”

[Where Is Jacob Roloff from ‘Little People, Big World’ Now?]

Three days prior to the season premiere of LPBW, Jeremy wrote on his Facebook wall: “Just because something works, doesn’t mean that’s how we should do it. Let’s make sure we are not settling in the name of, ‘it works.’ Especially in marriage. We can’t keep justifying not trying harder because ‘it worked for my parents/grandparents/someone I know.'” The post was liked more than 2,800 times but it did spark one person, Jody Lane, to object: “Slow down a little. U been married for a minute. Maybe wait till u have a decade or more until u start giving marriage advice.” More than 90 comments were left to defend Jeremy and to encourage him to keep sharing his “words of wisdom.” Roloff himself replied, asking if Lane actually disagreed with anything he was saying. Ruby Langley Erwin wrote, “I hope your parents read your blog.” Jeremy’s parents Amy and Matt Roloff are divorcing. Little People, Big World airs Tuesdays at 9pm on TLC.