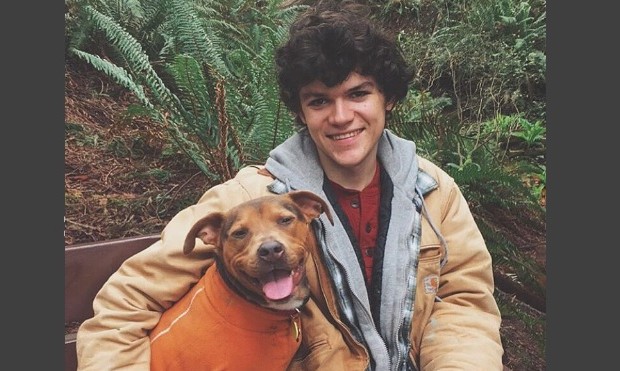 TLC is airing a three-hour Little People, Big World special to recall (yet again) Jeremy Roloff’s courtship with Audrey, whom he married on TV last year. Quickly after that wedding, the second Roloff son Zach got married to his sweetheart Tori. On the show, the youngest Roloff, 19-year-old Jacob, is making an important announcement. After claiming he felt like he was “f**ked out of money from the show that was my childhood,” Jacob has moved off the farm and has not renewed his TLC contract (see tweet below).

Based on his Twitter feed, Jacob is living in Arcata, California where he’s spending a lot of time with his girl Izzy and their dog Luna, while smoking pot, eating chocolate, and reading a lot of philosophy. He’s currently on an Alan Watts kick and posts pictures of pages out of Terence McKenna’s Food of the Gods: The Search for the Original Tree of Knowledge, among others. If you want to see the rest of the Roloff family, tune in to Little People, Big World which airs Mondays at 8pm on TLC.

It really kicked into gear about the millisecond after seeing my name ex’d out in red on the filming contract lol pic.twitter.com/x2KQibsh82