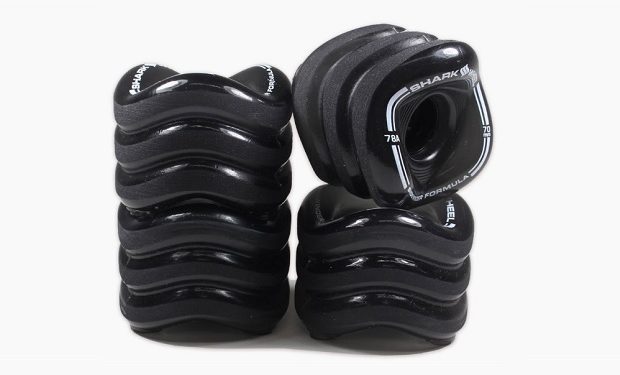 Entrepreneurs David Patrick and Zach Fleishman have invented the Shark Wheel. It’s inspired by “a mathematically balanced design based on a cube.” It’s one of those products that you have to see to believe it works. The cube Shark Wheel actually rolls and the founders claim it’s better than a circular wheel. “It’s faster, has more grip, and lasts longer and goes over virtually any terrain.”

With less of the wheel making contact with the ground, Shark Wheel “also improves slide control and opens up new tricks never before attempted on round skateboard wheels.” You really have to see it to believe it. Shark Wheel was pitched on Shark Tank in 2015. They got a deal with three Sharks. Kevin O’Leary, Mark Cuban and guest shark GoPro founder Nick Offerman — $225,000 in exchange for 7.5% of the company, split three ways, with a 10% royalty until the Sharks recover their money, which is also split three ways.