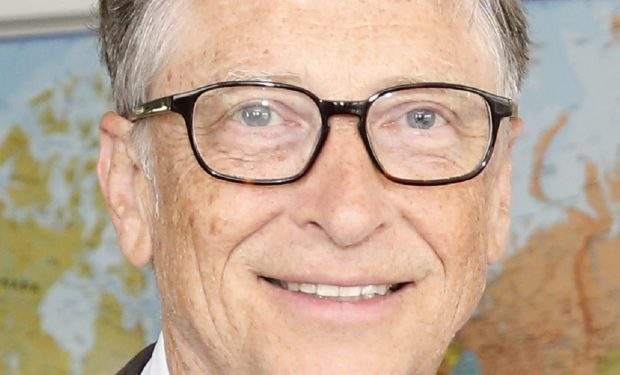 Bill Gates sat for his 11th Reddit AMA this weekend, and the billionaire really did sign on in the spirit of the event — AMA stands for “ask me anything” and Gates was game to answer a variety of questions.

The Microsoft co-founder, among the richest people in the world, was forthcoming on a number of subjects. He talked about what kind of phone he has — a Samsung Fold 4. (The Fold 4 lists at Amazon for $1,399.99)

Gates also revealed what he regrets about his time leading Microsoft. Two items top that list. First, he’d have settled the government antitrust case sooner. Second, he’d have competed better in the phone operating systems space, admitting “Android won.” (And a big win it was, since Android, not Microsoft, powers even Bill Gates’s phone.)

I’m live on @Reddit now. Ask me anything: https://t.co/pGYLckOrL6 pic.twitter.com/fCK8b2MdHM

Gates also said more than once that he thought the rich should pay more taxes. He also admitted that being rich can have its problems — not necessarily for the rich, but for those who are affected by their actions. Asked “can their be empathetic billionaires?” Gates answered candidly:

Being rich can easily make you out of touch. The incentive to create new companies is still a good thing I think. Even if taxes go up I still wouldn’t ban anyone from being worth a billion but that is just one opinion. I have been very lucky.

Asked directly about his farmland interests, Gates replied that there was no “grand scheme involved,” only that it was a good investment — and, with the same reflex as all billionaires, he mentioned job creation.

The question was posed like this: “Why are you buying up so much farmland, do you think this is a problem with billionaire wealth and how much you can disproportionally acquire?”

Gates’s answer is below in full.

I own less than 1/4000 of the farmland in the US. I have invested in these farms to make them more productive and create more jobs. There isn’t some grand scheme involved – in fact all these decisions are made by a professional investment team.

In terms of the very rich I think they should pay a lot more in taxes and they should give away their wealth over time. It has been very fulfilling for me and is my full time job.

Gates isn’t the only celebrity who has “bought the farm” lately. Investment guru Mark Patricof has led a number of acquisitions in the farming vertical with professional athlete partners like Joe Burrow, Blake Griffin, Kemba Walker, Khris Middleton, Zach Ertz, and Sam Hubbard. As with Gates, the grand scheme for the athletes is good ROI.