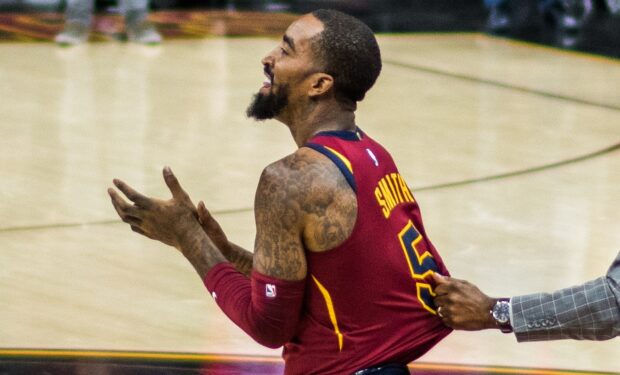 NBA champion J.R. Smith, 36, was so good at basketball in high school that college wasn’t the best option for him, even if every big name coach in the country wanted to sign him. Smith instead went straight to the NBA and had tremendous success, winning the NBA Sixth Man of the Year Award and a championship ring while teamed up with a guy named LeBron James.

But unlike many NBA stars, Smith’s experience at the highest level of his sport is just the first part of his inspiring life story. Smith is working on Act II now, and it’s filled with a different kind of glory and achievement, all fueled by the same strong ambition that took him to the top echelon of basketball.

Smith decided to take on college after all, attending North Carolina A&T, a great HBCU, and even playing on the college golf team. Best of all, Smith earned a 4.0 Grade Point Average in his debut. He likens to feeling to winning NBA Sixth Man of the Year! Besides being a student, J.R. Smith’s new full time job is being an inspiration.