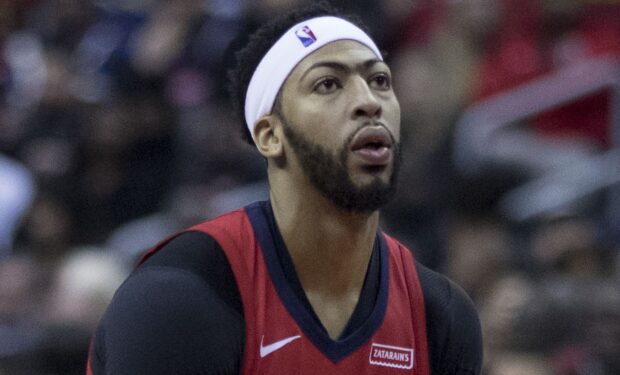 LeBron James won Western Conference Player of the Week for a Lakers team that really needs him, and Shaquille O’Neal says “and he had fun while doing it.” But Shaq wants to know where the second, younger half of the Lakers one-two punch has been. That means Anthony Davis. “What are you doing, Mr. AD?” Shaq asks, and then repeats the question for emphasis. “I ain’t seen your name mentioned all year,” Shaq says of AD, who he adds is shooting 19% from three point land.

Wait, what about former NBA MVP Russell Westbrook, also now in a Lakers uniform, doesn’t Russ bear some of the responsibility for the Lakers mediocre showing so far? Shaq says flatly: “Westbrook ain’t the problem.”

“I speak from an experienced place,” Shaq says. “He’s a very talented player,” Shaq adds, but “I ain’t seen no AD stats.” Davis is sure to respond with big games and big numbers. It may not be a response to Shaq himself, but to his responsibility in the “one-two punch.”