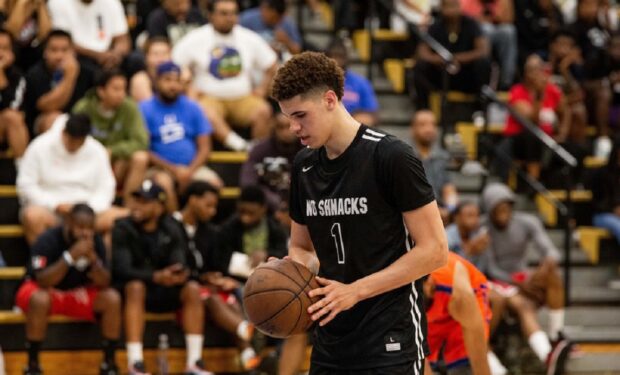 NBA star LaMelo Ball has been turning heads, and not just those of confused defenders. And LaMelo is poised to change a lot more than the defensive attention of the opposing teams and, of course, the standing of the Charlotte Hornets in the NBA’s Eastern Conference.

He’s also, with his flamboyant style and strong success, a branding wizard who, unlike most NBA stars, isn’t just surrendering to Nike‘s siren song. LaMelo is a PUMA man — and he’s coming at you. One comment below says the obvious: “this man is a superstar in the making.” That’s why he’s the chosen one for PUMA.

PUMA has been playing catch up in hoops for a while, but the brand was once the style marker for street ball and court play, thanks to the legendary New York Knicks guard Walt “Clyde” Frazier. Frazier, recently named a member of the exclusive NBA 75th Anniversary team, won two titles in New York, when Madison Square Garden was the place to be and the Knicks were the team to beat.

Frazier is also the first player ever to have a shoe named for him — that never-out-of-style PUMA Clyde featured below. The Clyde shoe is pure plain perfection…

Of course, it wasn’t long before Nike and a guy named Michael Jordan recast the footwear landscape and made every other brand — PUMA, Converse, Reebok, even Adidas — an also-ran when it came to hoops. (Note: 2x NBA MVP Stephen Curry has done plenty of hard work to raise Under Armour’s profile on the court, but Nike still dominates.

As you can see, Clyde (sporting the Puma attire) still has the style. And he sings!