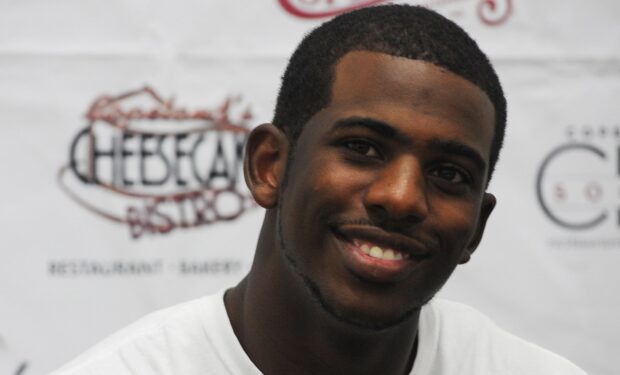 Chris Paul, back in the day! photo: Tulane Public Relations, CC BY 2.0, via Wikimedia Commons

NBA superstar and heart of the Golden State Warriors Draymond Green has the championship rings to back up anything he wants to say about basketball. And yet what Draymond says below is different from what many ringbearers might say. Sure championships is what you play for — you want to be the “last team standing” as Draymond admits — but there are winners who don’t have that title hardware.

They’re still winners. Two prime examples are Jimmy Butler and Chris Paul, guys who win wherever they go but who don’t have that chip yet. Draymond talks about how the Houston Rockets, sensing the imminent end of Paul’s great career, shipped him to OKC to pretty much “lie on his death bed.”

Death bed? That’s NBA speak for being out of contention and biding your time in mediocrity until retirement. But no! Green says what Paul did to reverse OKC’s fortunes and then what he subsequently did in Phoenix, leading the Suns to a Finals berth in his 16th season, proves Paul is a pure winner, championship or not.

For Draymond, who might easily just say it’s all about the rings since he has them, it’s a very good and generous point. Bravo. No wonder the Warriors heart is still beating strong. It’s called Draymond Green! Here’s a winning play by Paul…