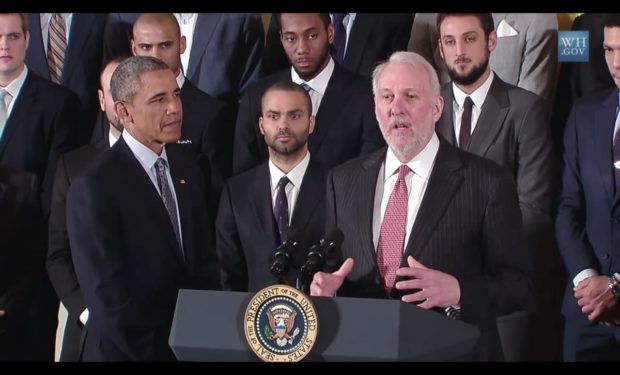 The San Antonio Spurs waived 19-year-old Josh Primo, who had played in 54 games as a Spur, including four this season, after being chosen with the 12th pick overall in the 2021 NBA draft.

The Spurs shed little light on the reason for their decision, saying only that they hoped waiving Primo would mean a better future for both parties, the player and the team.

“It is our hope that, in the long run, this decision will serve the best interest of both the organization and Joshua,” Spurs CEO RC Buford said in a terse statement, which also said the organization would have no “additional comments to share at this time.”

But Primo did have additional comments to share on the news, releasing a statement to ESPN that read:

“I know that you all are surprised by today’s announcement. I’ve been seeking help to deal with previous trauma I suffered and will now take this time to focus on mental health treatment more fully. I hope to be able to discuss these issues in the future so I can help others who have suffered in a similar way. I appreciate privacy at this time.”

Primo was thought to be a big part of the youthful San Antonio’s rebuilding plans. The Spurs are off to a strong start and Primo, the youngest player in the NBA last year, had been a solid contributor, averaging 4.5 assists and 7 points in the first four games as the Spurs went 3-1. Primo, 6’6″, played just one year at Alabama before being drafted.

Josh Primo statement to ESPN in the aftermath of his release from the Spurs tonight: pic.twitter.com/H1n3k3IIcn