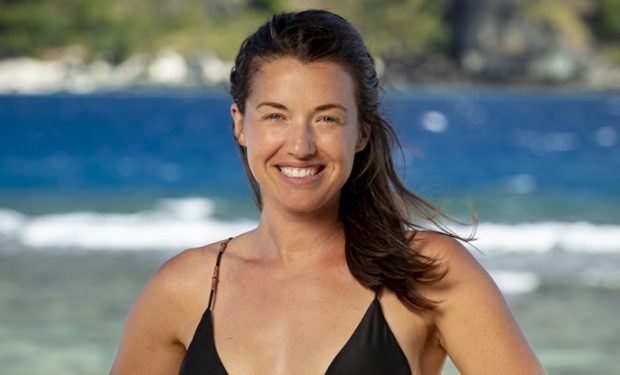 Survivor is celebrating its 40th season with a special “Greatest of the Greats” competition. CBS has gathered 20 previous winners of Survivor to battle it out. And not for the customary $1 million prize, but for $2 million – the largest cash prize in reality TV history. The “Winners at War” include 36-year-old Parvati Shallow, winner of “Survivor: Fans vs Favorites” in 2008.

A lot has happened since 2008. Shallow, now an advanced yoga instructor and life coach, wrote that she was “Spinning around in a post-survivor soup of self-blame and distrust. Chasing the flashy things that I thought would complete me, just made it worse when I actually attained them.”

Now she leads workshops on “awakening intuition” to help people “move beyond the noise and expand into a more joyful life, led by your inner guidance.”

Soup or no soup, Shallow continues to use her Survivor fame to develop a strong following on social media. She captioned the gorgeous string bikini pic above: “Follow me to find out the secret to how I held my arm up for over 6 hours on SURVIVOR.”

The Season 40 premiere of Survivor will kick-off with a two-hour show on Wednesday, February 12 at 8 pm on CBS. [Watch On Your Phone with Amazon Prime or CBS ALL-ACCESS. Both give free trials.]