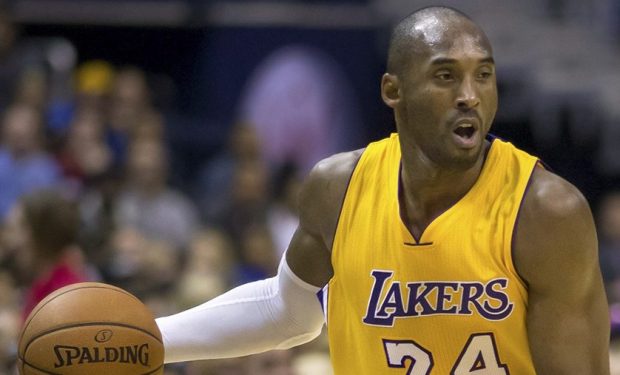 Shaquille O’Neal likes to say to whomever challenges his credentials: “Google me.” When you do, you’ll find one of the most dominant big men in NBA history and winner of three consecutive NBA Finals MVP Awards during the Lakers famous “three-peat” under coach Phil Jackson.

That’s actually where the trouble probably began — if only they’d given one of those Finals MVP to Shaq’s running mate Kobe Bryant the troubles between the two Lakers legends might not have ended up with O’Neal getting shipped out of town.

Kobe managed to win two more Lakers titles without Shaq, giving him a total of five and bragging rights — to a degree. Shaq himself picked up another ring (#4) in Miami, where he was less dominant but still integral.

The two superstars have made amends for the bad blood over the years, but no one really believes the peace. They’re both too competitive and too sensitive about their legacies to concede top dog status.

This week Kobe was back at the Staples Center watching the new Lakers led by LeBron James, and he was welcomed warmly.

But when TNT shared the pic above, one astute and funny commenter put the Shaq-Kobe rivalry front and center, even though Shaq wasn’t there. The comment was about Kobe’s five titles. It reads simply: “Shaq carried him for all 5.”

You can’t find that on Google, but that’s how some people are always gonna feel about the great and never-ending Shaq-Kobe beef. It’s on, even when it’s not.