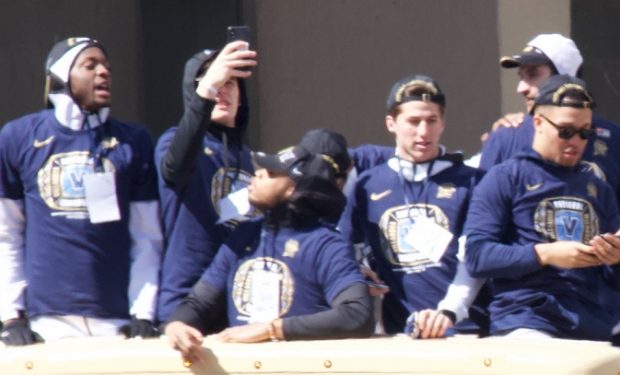 Omari Spellman is the 6’8” backup center playing with the NBA’s Golden State Warriors. He played one year at Villanova with Warriors teammate Eric Paschall (the Wildcats won the 2018 NCAA Championship) before being selected by the Atlanta Hawks in the 2018 NBA Draft. In July 2019, Spellman was traded to the Warriors for Damian Jones and a 2026 second-round pick.

When not on the court, Spellman spends time with his 6’3″ sister Taiyier “TT” Parks. After attending the 2019 Debutante Ball Cotillion (see photos below, she’s the tallest deb in the back!) and graduating from North Royalton High School, TT packed up her bags and headed to Michigan State University where she’s playing for the Spartans women’s basketball team and wearing #14. On November 4, she made her debut with the Spartans who crushed Eastern Michigan 85-50.

The Golden State Warriors vs. Houston Rockets game will broadcast live on Wednesday, November 6 at 7:30 pm on ESPN.