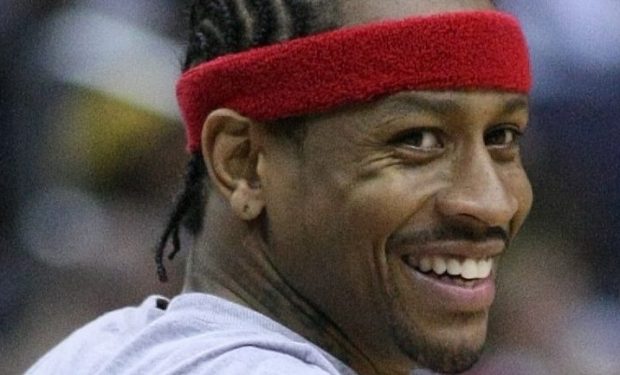 It’s hard to imagine what Allen Iverson did to catch the kind of shade and total disrespect he just caught from a certain publication’s popular new list of Top 50 Greatest NBA players of all-time. Iverson somehow didn’t even make the list.

Kawhi Leonard‘s favorite player, Iverson is unmatched in his influence on today’s NBA, from his style to his moves. As one fan wrote, representing the general sentiment: “stopped reading after iverson not on the list”

Leaving AI, the Hall of Fame first ballot guard — and nearly consensus best little man of all time — off the list is disrespectful to every player who’s on it. Iverson’s fans are crying foul. Maybe the listmaker just really never got over Iverson’s “practice” press conference, hard to say.

Shaquille O’Neal thanked the report maker for slotting him in at #6, wayyyyy ahead of teammate/rival Kobe Bryant (#14), but Shaq has so far been silent about the Iverson dis. It’s hard to fathom, as fans are saying. (Kobe fans are pissed too, of course, but they’re always mad. At least he’s on the list!)

For his part, Iverson can take comfort in the fact that he could put together a team of some of the other guys left off the list and hardly be an underdog in any game. How about: Iverson, Wes Unseld, Dominique Wilkins, Vince Carter, Tracy McGrady, Chris Mullin and Dennis Rodman? That’s more rebound, dunking and scoring than could fit in any gym.

And while his fans are furious, it’s likely AI gives no fux. He knows what it is: