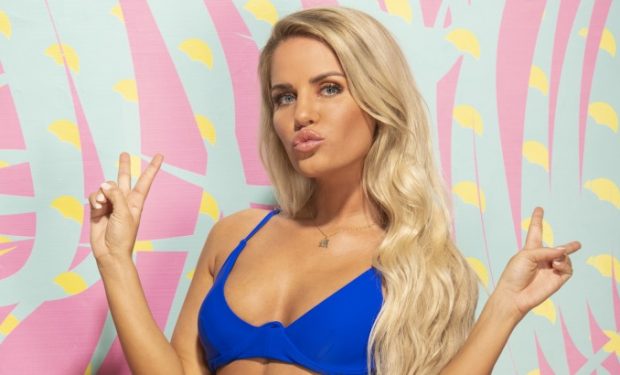 Eleven drop-dead gorgeous single Americans are gathering in on a beach in Fiji to find love on the new matchmaking TV show, Love Island. On the season premiere (Tuesday, July 9), the equally gorgeous host Arielle Vandenberg will introduce the five men and six women, including Mallory Santic, an equity analyst for Nike in Vancouver, Washington.

The 26-year-old blond and blue-eyed former sorority girl turned businesswoman says she’s “happiest in a bikini” and she shares her joy on Instagram a lot!

Especially on her birthday, she makes sure to wear a colorful bikini!

Mallory describes herself as the All-American with blonde hair and blue eyes, “I think that’s what guys like about me.” She admits the last relationship she had was five years ago — when she was in college. Now she wants to get married and have kids! “I just need a guy,” she says.

On a different kind of love island…

Love Island airs every weekday (M-F) at 8 pm on CBS.