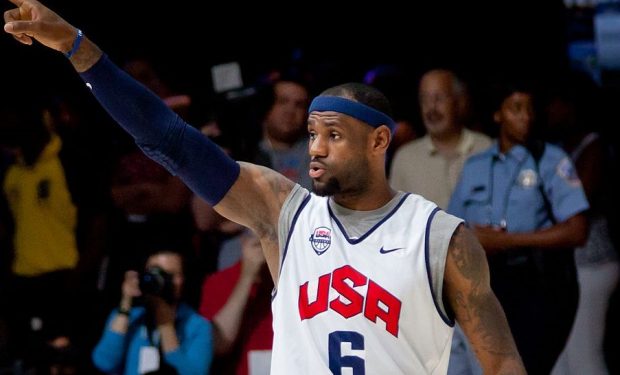 When NBA superstar LeBron James posted his shirtless muscle-flexing champion pose pic it immediately went viral. James’s newly configured LA Lakers are the talk of the NBA right now — and that ain’t easy given that half the teams have made super team-type acquisitions.

But it’s the King, of course — so he rules. The only question mark attaching to this man is his health — last year for the first time in his illustrious NBA career James missed significant time due to injury. Seeing him strong gives Lakers fans thrills and other fans the shudders.

There didn’t have to be a trigger for James to post this — beyond his feeling strong and good. But his ex-teammate and good friend Kevin Love took it personally, saying he felt like “this is a direct shot at me,” a sentiment accompanied by smiling emojis. (Love had posted a pic of himself in a similar pose before James.)

Before you accuse Love of a wildly inflated ego, consider that LeBron intimate and CEO of his SpringHill Entertainment company Mav Carter agrees with Love. Carter wrote: “I think so too. I can feel it. You did it first.”

Here’s Kevin Love, showing the shirtless muscular pose that James may have been responding too. The abs are impressive, and Love’s biceps pop. He promises he’s “going to start building back up but if you need to get your diet/foods right nows the time to ask.”  Love, btw, is a native of LA and sure would be a great fit for the new Lakers. Is LeBron signalling something to the big fella?