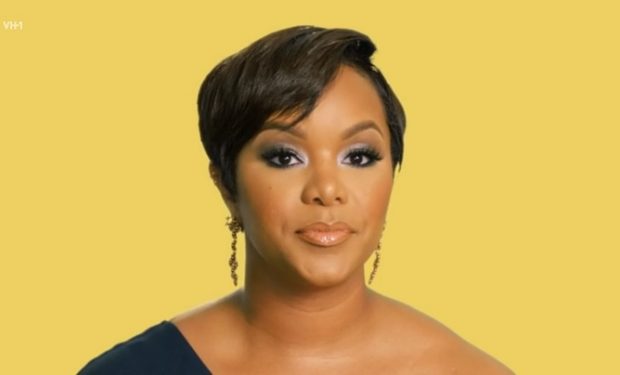 On Season 2 of T.I. & Tiny: Friends and Family Hustle, while Tommie Walker travels to Texas to be with his mother who’s battling cancer, his wife, former Destiny’s Child singer LeToya Luckett, spends time at a spa with her mother Pam.

The two-time Grammy Award winner talks about the possibility of expanding her family after the complicated delivery of her daughter Gianna. When LeToya says she doesn’t know if she can carry a second child, her mother asks if she’s considered surrogacy. LeToya says: “I never thought I would have to have this conversation, or even consider surrogacy or adoption.” She adds, “But I love kids, and I want a big family of my own.”

LeToya also says the failing health of her mother-in-law has been a wake up call for her. She’s been working out in her home gym and says she’s gone down a whole dress size! Look at those legs! LeToya looks gorgeous in pink Versace.