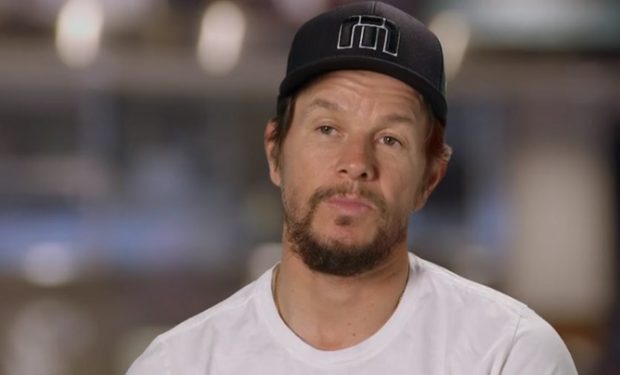 [Most popular beard oil on Amazon]

Unfortunately, the film is based on a true story. After Jadin’s death, Joe Bell pledged to walk from Oregon to the East Coast hoping to change the minds of people he met along the way. Hence, Wahlberg’s long hair and beard. Wahlberg recently posted a photo from the set with co-star and fellow Oscar nominee Gary Sinise (Forrest Gump), who plays a sheriff in Good Joe Bell.

On May 21, Wahlberg posted a selfie video of himself without his beard. Well, he shaved everything but the goatee. In the video, he uses a weird southern accent and asks the man behind him (who’s rocking a man bun), “Hey, Rasta, where’s my beard oil?” and before the man can answer, Wahlberg’s eyes widen and says, “Oh, wait, where’s my beard?!” Below is the video. P.S. Wahlburgers airs Wednesdays at 8 pm on A&E.