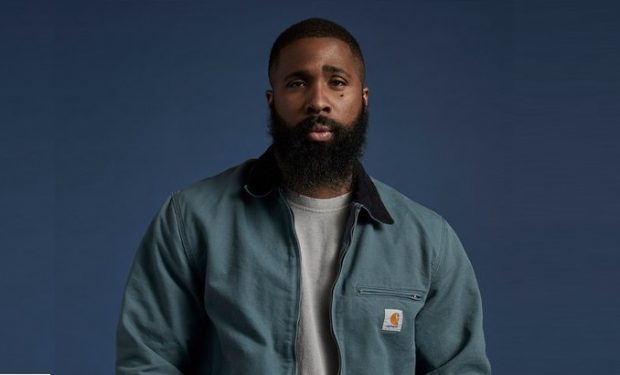 In the Black Ink Crew Chicago episode “Surprise Surprise,” the mid-season finale, tattoo artist turned rapper Phor invites everyone to the studio so they can hear his new track (link below). Before they take a listen, Phor says he’s feeling better, going to therapy, just getting his “mental space right.” Phor, who’s struggled with depression, says “in the black community, mental health isn’t spoken about that much.” Last time he was in the studio, “I was in a dark place.”

Before Phor plays the track, Don announces that’s he’s headed to New York. He landed an acting job, a role on the Amazon series “Asunder”. The digital soap opera series follows two rich rival families in the cosmetics industry. Characters struggle with sexuality, infertility, and keeping scandals, lies and betrayals out of the press. Robert McKay of Hidden Figures stars as the patriarch. Note: As an actor, Don goes by Donald Blumfield, Jr. Black Ink Crew Chicago airs Wednesdays at 9 pm on VH1.

Happy to announce I am the Ambassador of the @RoyaleFlyness beard care line. Many ask how I keep my beard full, conditioned and smelling good… Well here’s the answer! @RoyaleFlyness collection of organic oils, cleansers, facial bars and growth serums will keep your beard in the perfect condition fit for a King. Use code: RoyaleDon for a discount and a free gift www.RoyaleFlyness.com