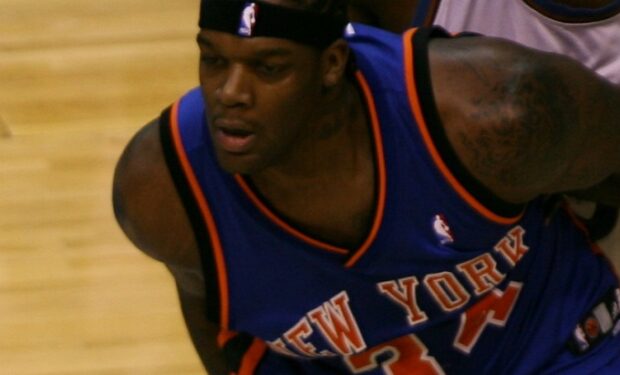 On the Season 6 Black Ink Crew: Chicago episode ‘Chicago Ain’t That Big,’ while a romantic video of Ryan and Rachel vacationing in Mexico shows up on social media and a jilted Kitty bares her claws, former Chicago Bull Eddy Curry gets a memorial tattoo.

Curry was in a relationship with Ryan’s sister Nova Henry, who was murdered in 2009 with their 10-month-old daughter Ava (see photo below). Curry is also the father of Nova’s son Noah, who was 3 and found unharmed at the crime scene. At the time, Curry was married to his current wife Patrice but she didn’t know about Nova, Ava or Noah.

7-foot-tall Curry, a native of Harvey, Illinois, entered the NBA straight out of high school and was selected fourth overall in the 2001 NBA draft by the Chicago Bulls. He went on to play for the Knicks, Heat and Mavericks, too.