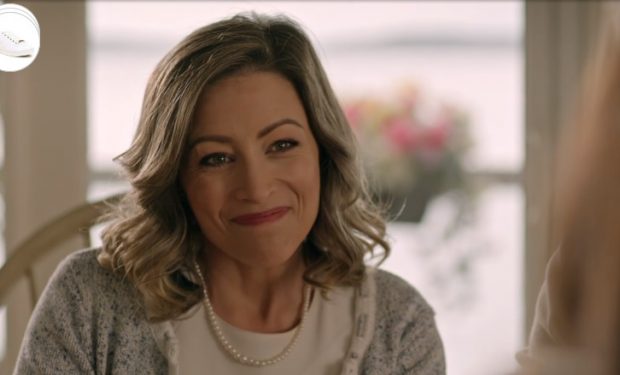 On the Chesapeake Shores episode “All Our Tomorrows,” while Trace (Jesse Metcalfe) and Mick (Treat Williams) disagree over the future of The Bridge, Abby (Megan Ory) develops an unexpected friendship. Although she was initially hesitant to work with her new client – her ex-husband Wes’s (Michael Karl Richards) new fiancée, Terri Ingram, she agreed to it and it’s not as bad as she thought. Terri runs Abby’s favorite blog, Miss Marvel, from home. 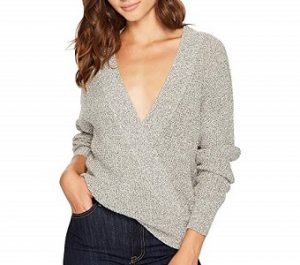 Abby wore this ASTR the Label Stephanie Sweater, $98, when she met Terri

Wes’s fiancée Terri Ingram is portrayed by Kate Isaac. She most recently was in Rob Lowe’s Lifetime TV movie The Bad Seed (as his girlfriend Leslie). Isaac is also recognized for her roles on other Hallmark shows including When Calls the Heart (Eleanor Roberts), Murder, She Baked: Just Desserts (Ava Reynolds), and Cedar Cove (Caroline), among others. She left a career in law to pursue acting in 2008. Chesapeake Shores airs Sundays at 9pm on Hallmark Channel.