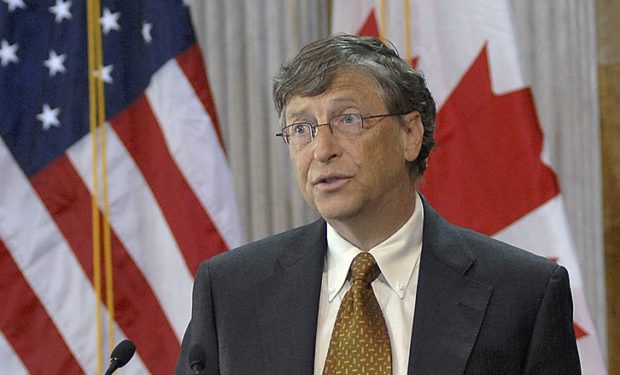 If you’re not on Bill Gates‘s email list, you’re missing the opportunity to mine the interests of one of the smartest, most successful people on the planet. Best thing about it? Gates shares all of what he learns — and the critical source material — for free. Gates’s generosity is yet another example of how the world is getting better, despite the pessimistic view that predominates the news cycle. Think about it, back when Howard Hughes was the richest man, he wouldn’t talk to anybody! And the fact that the world is getting better is actually what Gates is talking about.

[Enlightenment Now: The Case for Reason, Science, Humanism, and Progress

The most consistently illuminating part of Gates’s info share is his reading list. Rarely has a titan of industry made it such a point to publicly recommend books, and share what they’re reading. (Except you, Oprah! But the Oprah reading list is part of Oprah’s product, not an ancillary share like that of Bill Gates. And yes, Mark Zuckerberg shares his books of the month.) This week Gates is enormously enthusiastic about scholar Steven Pinker‘s tremendous tome, Enlightenment Now (see link above). Pinker, who previously explored how violence has actually declined in the 21st century in Gates-approved The Better Angels of Our Nature, now wins Gates’s ultimate praise. Gates’s praise for Enlightenment Now is as strong as praise gets, promising that the book will change a reader’s entire outlook on life. “Enlightenment Now is an amazing book,” Gates reports. Gates continues:

“[Enlightenment Now] makes the case for why you should be an optimist about where humanity is headed more persuasively than anything else I’ve read. I think it could convince even the most hardcore pessimist that the world is getting better.”