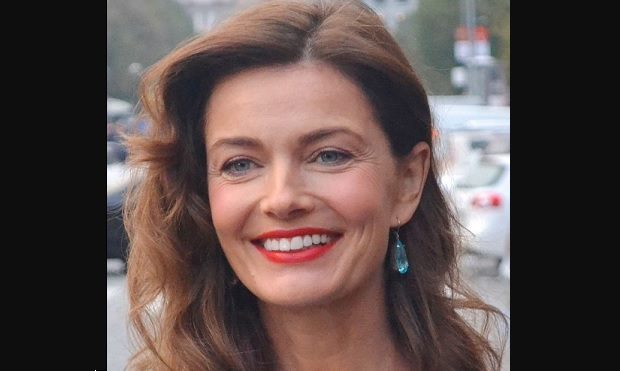 Dancing with the Stars has presented 23 Mirror Ball Trophies since the reality TV show began in 2005. In the first season there were only six celebrities including boxing champ Evander Holyfield and supermodel Rachel Hunter. Now there are on average 12 celebrities (actors, singers, athletes, social media stars) who participate each season.

Here’s a list of 14 of the most awkward celebrity appearances on Dancing with the Stars and, to be fair, what they’re really good at (as in the films, records, sports triumphs, etc. that made them stars in the first place):

Tatum O’Neal (with Nick Kosovich) Season 2, 9th place out of 10. BUT: O’Neal was youngest Oscar winner, age 10, for Paper Moon

Tucker Carlson (with Elena Grinenko) Season 3, 11th place (dead last). BUT Tucker has his own show and has lost the bow tie thing.

Wayne Newton (with Cheryl Burke), Season 5, 10th place out of 12. BUT Wayne Newton remains a Vegas legend, especially for the indelible hit “Danke Schoen”. So thank you, Wayne.

Penn Jillette (with Kym Johnson), Season 6, 12th place (dead last). BUT Jillette is truly magical every except the dance floor — and he gives away how they do the tricks too! Plus — dude lost a hundred pounds!

Kim Kardashian (with Mark Ballas), season 7, 11th out of 13th. She may dance as well as Kanye sings, BUT Kim K’s main job is making money and she’s as good as it gets at that. Forbes said her Kim Kardashian: Hollywood mobile game alone earned more than $70 million in 2015. Dance, schmance.

Belinda Carlisle (with Jonathan Roberts), Season 8, 13th place/dead last.  BUT Belinda will still forever still be able to claim that she’s got the beat. Yeaaaaaahhhhh, she got it.

Macy Gray (with Jonathan Roberts) , Season 9, 15th place out of 16. BUT she’s Macy Gray and if you have ears that’s all you need to know. Listen to this:

Shannen Doherty (with Mark Ballas), Season 10, 11th place, dead last. BUT the Beverly Hills outsider taught a generation that, well, a Peach Pit can be fun.

David Hasselhoff (with Kym Johnson), Season 11, 12th place, dead last. BUT while dancing ain’t his thing, Hasselhoff is still the king of the jiggle, a bathing-suit-running-thing that made him fabulously wealthy thanks to the global popularity of Baywatch, which he produced. Apparently there is a market for a 79 DVD Set of Baywatch. Seriously.

Martina Navratilova (with Tony Dovolani), Season 14, 12th place, last. BUT Navratilova is not only perhaps — if you include doubles — the greatest tennis champion ever, she is also a great gay rights icon and a person who has made the world a more interesting place. Hear that, Bruno?!!

Pamela Anderson (with Tristan MacManus), Season 15, All-Stars, 13th place, last. BUT Pamela Anderson’s image remained unblemished by her turn on the dance floor. They never played any Motley Crue on the show and her rhythm was off. Also: see Baywatch, Hasselhoff above.

Chaka Khan (with Keo Motsepe), Season 21, 13th place, last. BUT though we feel for you Chaka, and think we love you, you never needed to dance for us. Ain’t Nobody like you ever anyway. You sing and we’re happy.

Mischa Barton (with Artem Chigvintsev), Season 22, 11th Place out of 12. BUT the troubled actress enchanted on The O.C. and before that mesmerized in films like The Sixth Sense.

P.S. Dancing with the Stars airs Mondays at 8pm on ABC.