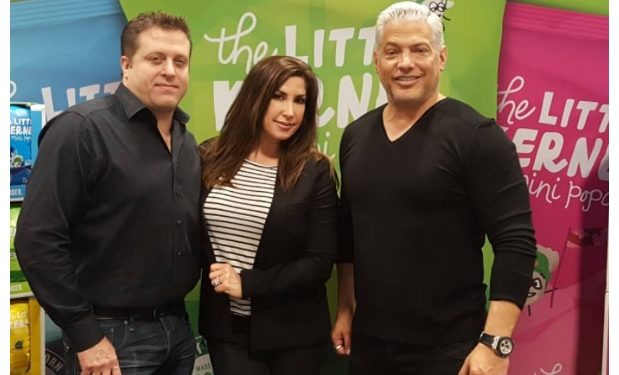 The very busy Jacqueline Laurita and Chris Laurita of The Real Housewives of New Jersey already launched the successful beverage brand BLK. Now they’re rolling out The Little Kernel — a unique line of flavored mini-popcorn snacks. 2paragraphs caught up with Chris Laurita with a question about the new brand.

2paragraphs: What’s the one thing about The Little Kernel that makes it stand out, that really connects with people?

Chris Laurita: The Little Kernel is a “better for you” brand. We made sure our product was not only delicious but Non-GMO, Whole Grain, Low Sodium, Dairy Free, all cooked in 100% Pure Olive Oil. The biggest difference from most other popcorns is the mini kernel we use which is roughly half the size of a regular popcorn kernel. When it pops it’s virtually hulless so it’s rare that you would get anything stuck in your teeth. We’re also committed to giving back to those in need. Our initiative for 2016 is to give a portion of all sales to Generation Rescue. An Autism charity that is near and dear to our hearts.

[Where Is Jacqueline Laurita’s Flavored Mini Popcorn, The Little Kernel?]