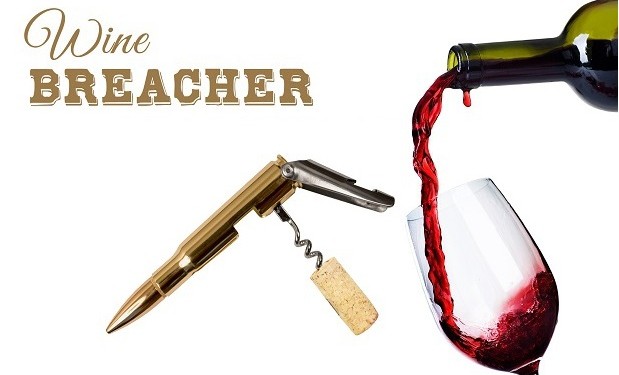 Former SEAL Eli Crane and his wife Jen are the entrepreneurs behind Bottle Breacher, a line of bottle openers made of 50-caliber recycled bullets. With sales climbing (hitting $80,000 per month in 2014), the Cranes decided to pitch their unique business on Shark Tank. For his audition, Eli Crane caught the producer’s attention with a photo of Hollywood legend Clint Eastwood holding a Breacher (see below). A friend of Eli’s was in Eastwood’s film American Sniper

[Bottle Breachers are available on Amazon]

Since getting a deal with Shark Tank investors Kevin O’Leary and Mark Cuban, Bottle Breacher continues to expand its line of accessories with keychains, coasters, bumper stickers, wristbands, and now a Wine Breacher that sells for $40. With so many products offered, Bottle breacher is now hitting a bottleneck in production. Although wine connoisseur O’Leary is a fan of the latest wine product, not being able to fulfill back orders is a major concern for him an an investor. O’Leary will visit the Cranes on Beyond the Tank, which airs Thursdays at 8pm on ABC.