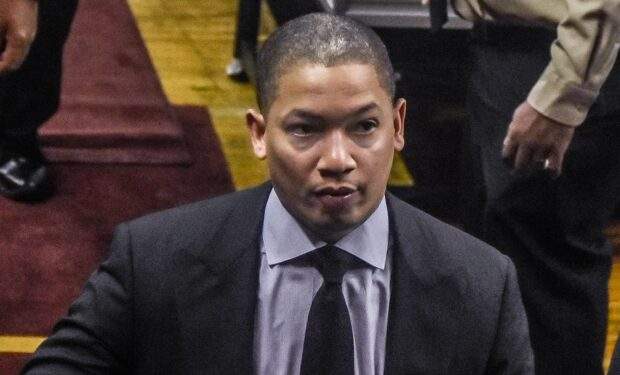 LA Clippers head coach Tyronn Lue is a traditionalist, according to NBA insider Law Murray of The Athletic. He’s a coach who prefers a traditional ball-control pass-first point guard a la Chris Paul.

With the NBA trade deadline imminent and Lue’s Clippers looking to enhance their playoff chances, the point guard position presents both a problem and an opportunity. And maybe a breaking point.

Terance Mann, a 6’5″ athletic 4th year wing/small forward, has been starting at the point guard position for the Clippers the last nine games, but Law suggests that, for Lue, Mann is merely a next-man-up choice (due to injuries) rather than an ideal long-term candidate for the point guard job.

Yet there are also indications that Lue and the front office don’t agree on what those long-term goals are, with the front office reportedly behind keeping Mann at the point. Or at the very least, rebuffing trade offers to keep Mann from playing point against them.

It’s also rumored that the executive suite sees a future in which the Clippers go “longer” and retain the services of Robert Covington, while Lue is believed to be more interested in a traditional center in place of Covington.

Murray describes the upcoming trade deadline as a potential “demarcation point” between Lue and the franchise brass as their respective philosophies (and personnel wishes) seem to be divergent.