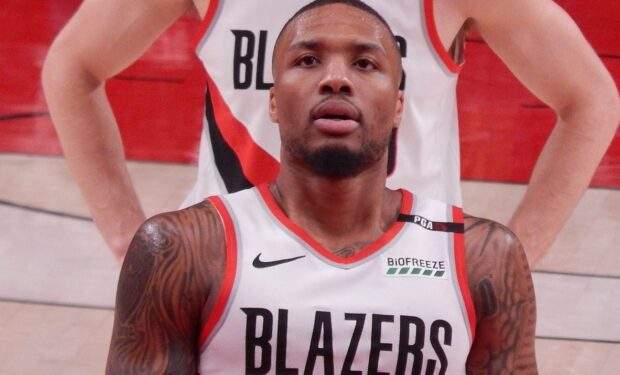 Pat Beverley is now best Lakers pals with Russell Westbrook, who once told the media “Pat Bev got you all fooled.” It was a moment — Westbrook questioning Beverley’s reputation as a defensive stopper — that Beverley later said cost him actual money, as it diminished belief in his abilities in some circles. Circles where contracts get done, that is.

But when they became teammates on the Lakers this year, that was all water under the bridge as they signed on for a new solidarity. So when Beverley goes at Portland Trail Blazers star Damian Lillard, giving him the business in a Lakers comeback win, it’s just playing ball and nothing more.

But it’s enough for Lillard, like Westbrook before him, to insinuate that Beverley is putting one over on people. “Con man,” Lillard writes.

Postgame Pat Bev: "If he would have cooked me you would have said 'I couldn't guard him.' But he misses a couple shots and it's a 'slow shooting night.' 'Good job on Dame' sounds better." pic.twitter.com/7l3Y6TwsQD

From his own perspective, Beverley resents how the narrative seems to always play out — with a superstar bias giving Lillard the benefit of the doubt in the media.

Before going on to praise Lillard in full, Beverley said: “If he would have cooked me you would have said ‘I couldn’t guard him.’ But he misses a couple shots and it’s a ‘slow shooting night.’ ‘Good job on Dame’ sounds better.”

Man wants his due. But “slow shooting night” is the narrative that wins. Maybe just not inside the Lakers locker room where Westbrook, of all people, has Beverley’s back.