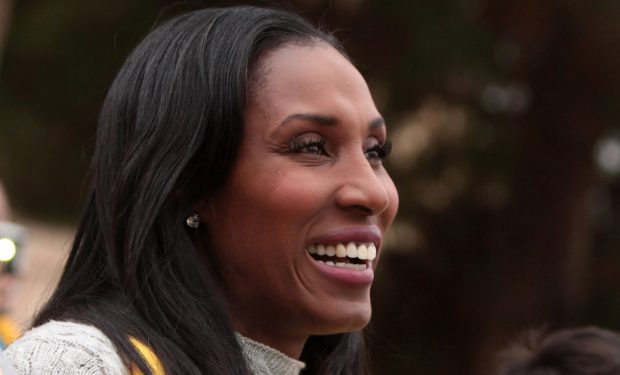 Lisa Leslie is known as a retired professional basketball player. The three-time WNBA MVP and four-time Olympic gold medal winner played all of her 11 seasons in the WNBA with the Los Angeles Sparks before retiring in 2009.

Leslie, 50, and her husband of 17 years, Mike Lockwood (who played basketball for the US Air Force Academy), are parents of two children: 15-year-old daughter Lauren and 12-year-old son MJ.

When Leslie shared the second family holiday photo above, with her in a stunning red sequin dress with a plunging neckline and thigh-high slit, more than one fan replied with a series of fire emojis.

Some of Leslie’s famous friends also noted the impressive height of her children. Allison Galer replied: “Cannot believe Lauren is almost your height.” And Ivy Coco Maurice replied: “MJ stole the show with this Christmas card.”