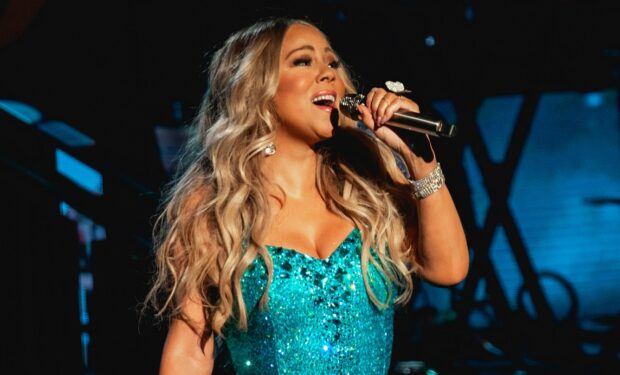 Mariah Carey released her Christmas staple “All I Want for Christmas Is You” in 1994, on a Christmas album called simply “Merry Christmas.”

Back then, a young dominant NBA star named Charles Barkley was still at the top of his game, having been the most dynamic player (and personality) on the Dream Team at the 1992 Barcelona Olympics.

Barkley was also named NBA MVP in 1993 — but he was still chasing his elusive first NBA title then, a chase that ended without fulfillment. (Just ask Shaquille O’Neal.)

People develop strong attachments to songs that coincide with the best times in their lives — it’s a psychological truism. So it’s no surprise that when Barkley was asked recently what his favorite Christmas song is, he replied that he could “listen to that Mariah Carey song all day.”

When Barkley first heard Carey sing what’s become a classic, it’s reasonable to assume he thought of the “you” in her title as a championship.

Picture young Chuck looking at the Larry O’Brien NBA Championship Trophy and singing along: “all I want for Christmas is YOU.” No wonder he could listen to it all day.

Shaq says his favorite Christmas song is the “12 Days of Christmas.” Maybe it’s the five golden rings? (Shaq has four NBA rings, as he’s happy to tell you.)

In an inadvertent taunt that Shaq might enjoy lording over Barkley, Carey’s tune surged to #1 on the Billboard charts 25 years after it was first released, proving that the potential longevity of an artist tops that of an athlete — by a lot. Barkley, for instance, won’t have any more chances at NBA pre-eminence.

If it’s any consolation, Barkley has won four Emmy Awards since retiring from the NBA. But that’s surely not what he wanted for Christmas when he first heard Mariah Carey’s song in 1994.