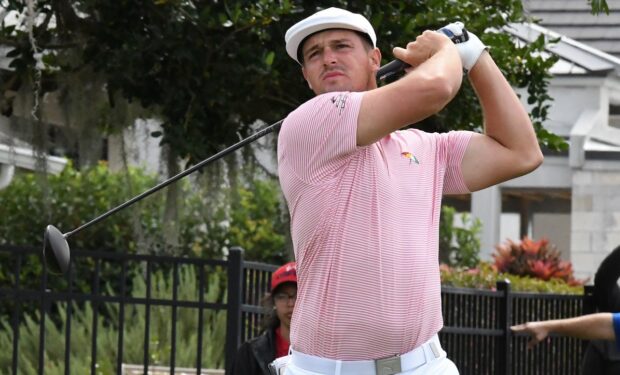 Bryson DeChambeau is the 27-year-old American professional golfer who won the 2020 U.S. Open, which made him the third player to win the Open, the NCAA Division I championship (SMU), and the U.S. Amateur all in the same year. (The other two are Jack Nicklaus and Tiger Woods.)

The Dallas, Texas resident is also known as “The Scientist” as he has his clubs specifically designed with thicker grips and irons that are all the same length – 37.5 inches.

Off the course, Bryson recently brought his U.S. Open trophy to a Bentley car dealership in Dallas where he custom designed his new 2021 Bentley Bentayga. Swipe above to see how it came out.

Bryson will compete next in the live broadcast of Capital One’s The Match (5:30 pm ET on TNT) with NFL quarterback Aaron Rodgers against Phil Mickelson and NFL quarterback Tom Brady at The Reserve at Moonlight Basin, a Jack Nicklaus-designed course in Big Sky, Montana.