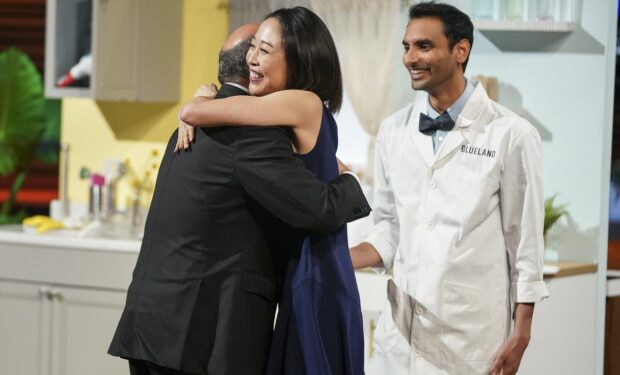 Blueland went into the Tank seeking an investment of $270,000 in exchange for 2 percent equity. They turned down an initial $1 million offer (for 25 percent) from guest Shark Daniel Lubetzky (founder of KIND Snacks) and Lori Greiner and instead accepted Kevin “Mr. Wonderful” O’Leary’s offer of $270k for 3 percent and a $0.50 royalty until he makes his money back.

This Shark Tank episode originally aired in September 2019. In February 2020, Blueland released the hilarious commercial above featuring O’Leary. They convinced “Mr. Wonderful” to clean a toilet on TV!