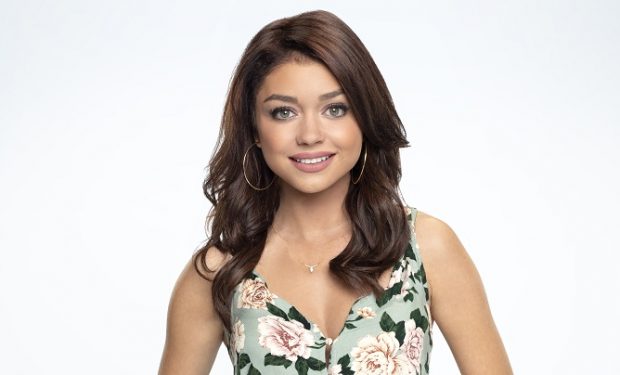 When not filming the final season of Modern Family, actresses including Ariel Winter, Sofia Vergara and Sarah Hyland are strutting their stuff on the red carpet at award shows including the Golden Globes.

As seen in the photos above, at the Golden Globes awards ceremony in Beverly Hills, Sarah Hyland was caught off-guard when she discovered she was on the same red carpet as three-time Oscar nominee Joaquin Phoenix who won a “Best Actor” Golden Globe for his leading role in The Joker.

Just look at that face! Epic moment! She wrote: “My GENUINE reaction when I realized I was standing next to Joaquin Phoenix on the red carpet. I bowed…”

Modern Family airs Wednesdays at 9 pm on ABC, right before Single Parents at 9:30 pm and Stumptown at 10 pm. [Watch it all on your phone with the ABC GO Digital App found here. Download is FREE.]