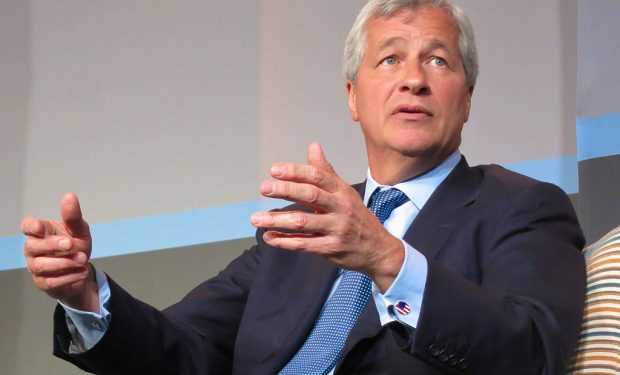 Ret. Army Colonel Mark Elliott embodies those indelible Army TV commercials that implored potential recruits to “Be All That You Can Be.” With dramatic early morning exercises, the TV spots cemented for millions the notion that “In the Army, we do more before 9AM than most people do all day.”

“In the Army, we do more before 9AM than most people do all day.” #TBT http://t.co/4cpyZLwuHt pic.twitter.com/PTNOKoSXjj

JPMorgan Chase demonstrates an understanding of that Army mission statement as it selects Colonel Elliott to run the JPMorgan Chase Office of Military and Veterans Affairs. Recognizing what Elliott and others with military backgrounds have contributed to the financial giant and the economy more broadly — with their unique skill set of drive, smarts, strategy, dedication, and perseverance — JPMorgan Chase says it has directly hired 13,000 veterans since 2011, while supporting other initiatives that help veterans transition into the work force and start businesses. JPMorgan Chase recognizes that veterans remain a largely untapped and underserved resource in corporate America. With its Office of Military and Veterans Affairs, JPMorgan Chase and Elliott aim to correct both oversights.

Elliott’s group is charged with bringing highly-skilled veterans into JPMorgan Chase, and also making sure that the company is servicing veteran-owned businesses with its full suite of financial services products. The group will also continue to lead efforts to train veterans and spearhead other initiatives to help veteran transition efforts.