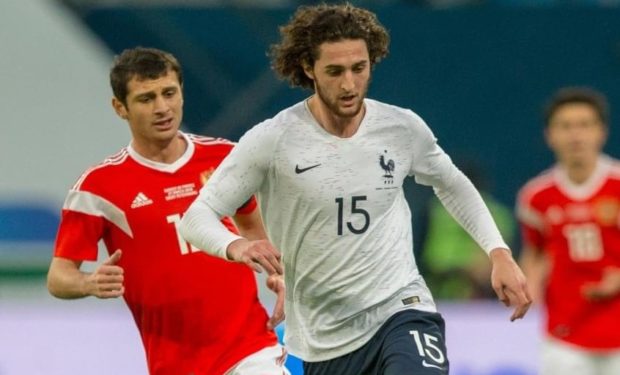 Adrien Rabiot, age 23, is the charismatic French midfielder who plays professionally for Paris Saint-Germain. Rabiot is featured on the Fox FIFA World Cup soccer documentary Phenoms, which tracks 60 brilliant footballers and their quests to become World Cup champions. Rabiot’s profile on the show prominently features his agent, who makes sure Rabiot understands that there are ramifications to each career move the young player makes. The agent points out that an athlete’s career is short and one must be careful not to “make mistakes.” Rabiot’s agent is his mother.

Phenoms watchers might be surprised to learn that Rabiot has made a decision not to play for France in this year’s FIFA World Cup in Russia. Especially since his next chance won’t come for another four years. But France national team coach Didier Deschamps has confirmed that Rabiot rejected the chance because he was offered a reserve role, not a spot on the 23-man team that is headed to Russia. The reserve role would allow Rabiot to fill in for any player who for any reason is unable to be with the team when it travels this summer. But Rabiot said no, likely because of his understandable disappointment at not being made a higher selection. (Note: Deschamps calls Rabiot’s move a “massive mistake.”) The full roster, including reserves, comprises 30 players with 23 set to travel. Rabiot was selected as one of the 30 best players in France, just not among the 23 Deschamps chose to construct his top roster. Phenoms premieres Friday, May 25 at 8pm on FOX. The Phenoms episode “Attackers” will re-air Sunday, May 27 at 8:30pm on FS1. The Phenoms episode “Defenders” will re-air Sunday, May 27 at 9:30pm on FS1.