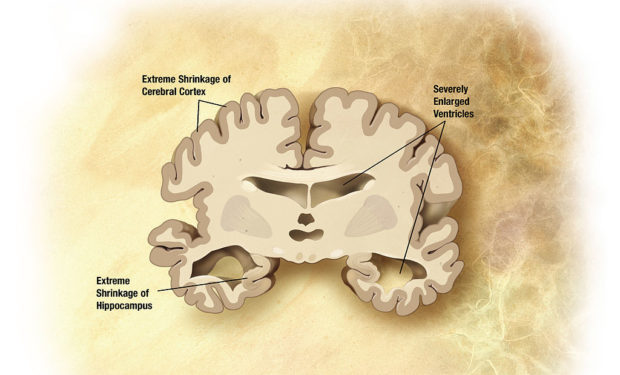 If more than a minute has gone by (66 seconds to be precise), another American has developed Alzheimer’s. That’s not the only astonishing figure available about the dementia-causing condition at the Alzheimer’s Association, where it’s made clear that “Alzheimer’s is not a normal part of aging.” Alzheimer’s activist Maria Shriver reveals another sad and striking fact about Alzheimer’s: it bankrupts families faster than any other disease. Can it be prevented? The science isn’t clear, though progress toward understanding the condition — and its causes — is gaining speed.

[The End of Alzheimer’s: The First Program to Prevent and Reverse Cognitive Decline]

There is plenty of advice out there for those seeking to avert the cognitive disintegration that is the hallmark of Alzheimer’s. At the LA Times, the list of to-dos is whittled to nine initiatives — most of which neatly dovetail with general good health advice.

Reader’s Digest goes further, listing 36 things you can do to reduce your Alzheimer’s risk. Predictably, with more room to work, the 36 item Alzheimer’s prevention task list has some easier, more specific things to accomplish. The list starts with drinking coffee, which more than 62 percent of Americans already do daily. Next up is video games, especially games with a social component where the players are working with others.

Below are some highlights, with the full list of 36 Alzheimer’s risk reduction activities here.

If most of this sounds to you like advice for plain good living, not Alzheimer’s prevention, you’re not alone. Even the Alzheimer’s Foundation says that “research is not conclusive.” The foundation writes that in “animal models, scientists have prevented the disease literally hundreds of different ways.” But in humans so far it’s diet, exercise and other “lifestyle changes” that are the best bets so far against Alzheimer’s disease, according to most experts. Plaques formed by beta-amyloid proteins are believed to be a factor in Alzheimer’s and ALZ.org reports that “the most damaging form of beta-amyloid may be groups of a few pieces rather than the plaques themselves. The small clumps may block cell-to-cell signaling at synapses. They may also activate immune system cells that trigger inflammation and devour disabled cells.” The lifestyle changes and recommendations listed above on both lists work against these clumps developing, as most experts currently understand it. So walk around, talk to people and eat some broccoli. You could do worse.