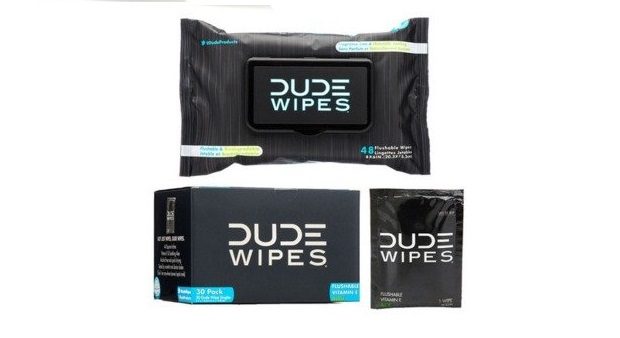 Dude Wipes, flushable wipes designed especially for men, was pitched by its three young founders from Chicago (Sean Riley, Ryan Meegan, and Jeff Klimkowski) on Shark Tank in 2015. They made a deal with billionaire dude Mark Cuban — $300,000 in exchange for 25 percent equity. Since then, the company has continually expanded its Dude Products with Dude Shower Wipes and Dude Face Wipes.

[This package of Dude Products sells for $15 on Amazon]

Dude Products received the standard Shark Tank bump in sales and are now available in several big-box stores including Walgreens and Target. To keep the sales curve up, they produced a hilarious online commercial titled “Take It To the Hole,” with a cameo from Dallas Mavericks owner Cuban who uses a double entendre on the basketball court. Video below; Cuban appears around the 1:50 mark. Shark Tank airs Fridays at 9pm on ABC. [Related: 27 Favorite ‘Shark Tank’ Products at Amazon — New List]