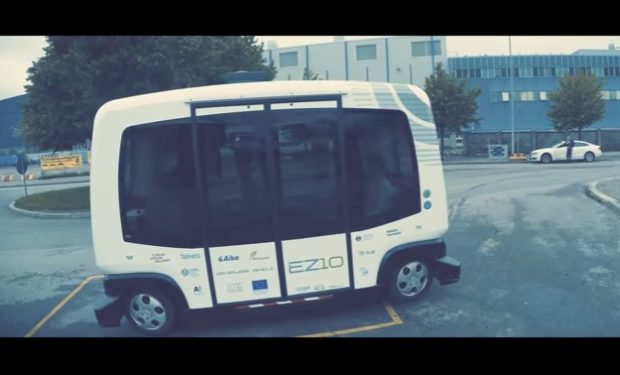 Considering the recent news of crashes and a fatality involving driverless cars, would you ride in one? Apparently some people in Finland have no qualms about doing so, because there is a driverless bus delivering passengers around Helsinki. The idea is to reduce pollution and traffic congestion. The autonomous electric bus service called Sohjoa is a joint government and university project lasting two years and costing over $1 million.

Many major companies and some small ones are working on self-driving technologies, among them are Tesla, Uber, Apple, Google, Delphi, Audi, Nissan, and Mercedes-Benz. They must all believe that it is the wave of the future, as well it might be. Although the Sohjoa vehicle only carries 12 passengers at the scary speed of 7 mph, it’s right there at the starting line. How much the project will impact the numbers and usage of private cars is yet to be seen. I still want a Ferrari that I can drive!