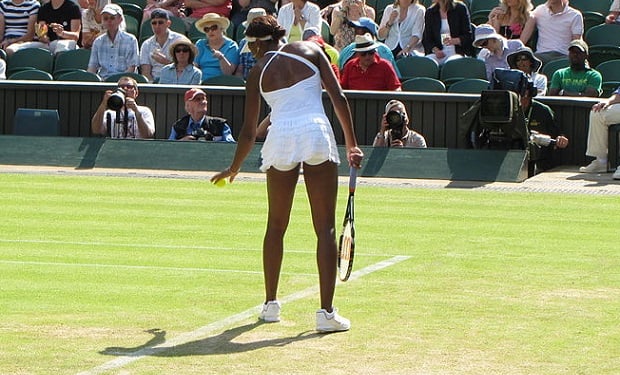 When Angelique Kerber defeated Serena Williams to win the Australian Open in January, it was considered a sizable upset. Kerber didn’t think so though. Or at least she’s been playing at Wimbledon — after an French Open exit — as if she belongs securely in the upper echelon. A Grand Slam rematch with Serena in the Wimbledon final is 4th-seed Kerber’s just reward. She got it by showing the other great Williams sister the door, knocking out the 8th-seed Venus Williams in straight sets in the semifinal, 6-4, 6-4. It took 72 minutes.

Venus, 36 and a five-time Wimbledon singles champ, was the first Williams sister the world knew was a game-changer, before little sister Serena overtook her (and everyone else). Venus hadn’t been to a Grand Slam semifinal since the 2010 US Open. She entered with a chance to meet her sister in the final on the line. Kerber saved her the angst — those matches between the Williams sisters haven’t historically been much fun for anyone. The Williams-Kerber match was dominated by Venus’ early inability to serve. She first held serve nine games into the match and never quite got on track against the feisty baseliner Kerber. Venus Williams was typically elegant in defeat, saying simply: “I ran into a better player.”